Wonderful functionality. Unparalleled beauty. The “Interior Chabako” is a felicitous fusion of nature and history blended with the harmonious spirit of industrious artisans who continue to make and nurture Chabako. The fabrics used for Interior Chabako may incorporate historical hand-made weaves and dye, each with its own story and warmth handed down from previous generations. The Interior Chabako casually close to us in our living rooms has incredible depth to it. And that is why it deserves to be made with meticulous care and love, which, we most certainly do. In my eyes, the Japanese hand-made culture is a representation of self-discipline and an absolute respect towards the all-encompassing universe. With the beauty moulded through the hands of men/women, we touch base with the harmonious spirit and the wonders of possibilities that are woven into our very being. As far-fetched as it seems, I would very much like to channel the spirit of peace through what we do. 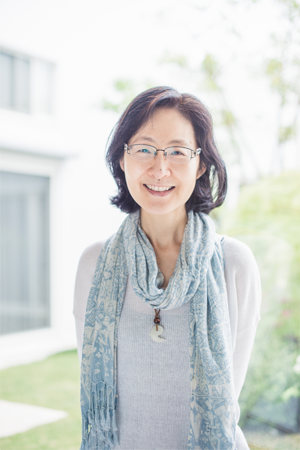 Interior Chabako Corp. Masumi Pizer, the president of the Interior Chabako Corp, first came across the fabric-covered Chabako in 1998 and has been fascinated by it ever since. In hopes to preserve and promote Chabako, Masumi first started giving classes to make fabric-covered Chabako in 1999 as a private business, and named it the Interior Chabako Club. The club was officially incorporated in 2004. Reviving the demand and preserving the Chabako industry is the main focus of the company. In order to accomplish this goal, we engage in boosting the demand of chabako by introducing the fabric-covered Chabako into the Japanese community, which, until then was almost anonymous. At the time, there was an adamant perception of Chabako among the Japanese people, that its place was only in the storage rooms. The brand name "Interior Chabako" was created, and the company set sail to show the people that embellishment of Chabako by fabrics opens up a door to the whole new world of Interior Décor. At the same time, Interior Chabako Corp invests heavily on the supply side of the industry. Over the years, the company has established a formidable alliance with the Master Chabako craftsman, Hiroshi Maeda, and Kawane municipality where his factory resides. In 2016, the company has established a 100% subsidiary called Maeda Kobo Corporation in Kawane to be the successor of chabako production business of Master Maeda. The hand-over was made effective January 1, 2019. Maeda Kobo hired back Master Maeda and started the operation immediately. Master Maeda vigorously engages in training the next generation of craftsmen in the company. Together, we aspire to promote the best quality products. Interior Chabako Corp. constantly critically assesses the production methods and techniques, variation of fabrics, designs, and look for the new ways to utilize our Chabako. Currently, it is most often used as an aesthetically appealing storage or ornament that could blend into our daily living space. Lager sizes are good to sit. It spreads Chabako by selling and taking orders directly and via department stores, giving classes, and by creating certified instructors all over Japan (97 instructors as of June 2019). It also manages online shops.